We’re back with another Top Ten Tuesday, a weekly meme hosted by That Artsy Reader Girl. This week’s theme is: books from my favorite genre. I have to start by admitting that I don’t have just one favorite genre. Really, I don’t. Just like my taste in music, food, and many things in life, I like to love all sorts, and that definitely includes the types of books I read! There are some genres that I don’t read from at all (horror) or as much (NF), but for the most part, I read everything. However, I do gravitate towards a few genres more than others: contemporary fiction, historical fiction, and fantasy, so for today’s prompt, I’ll be introducing you to some of my favorite books from these genres!

The Nightingale by Kristin Hannah. I’ve literally just finished this book and I’m still wiping the tears off my face as I write this blog. I want to give this book ALL THE STARS. All the panda faces. Everything! This book tore my heart apart and slowly pieced it back together. I’m astounded that I can still be astounded by the cruelty of humans, and that infuriatingly, we haven’t really learned from our past. I already can’t recommend this book enough!

All The Light We Cannot See by Anthony Doerr. There’s a lot of mixed reviews about this book but I was on the side that loved it. It didn’t sweep me off my feet from the start, but it hooked me and kept reeling me in until the end. I became so attached to the characters and filled myself with their hopes, and it absolutely crushed me.

Fall of Giants (The Century Trilogy #1) by Ken Follett. Historical fiction full of family drama, romance, politics and war. I was so invested in all the characters and I wanted them to survive so much. While the full trilogy was great, the first book of the series was my favorite of the three.

Natchez Burning Trilogy (Penn Cage #4-6) by Greg Iles. I don’t know how I stumbled upon the first book (Natchez Burning) in this trilogy but I was immediately hooked. This is a thrilling historical fiction set in Mississippi and covers history of the KKK, and the civil rights movement. The final book came out last year and it was the perfect ending to this mesmerizing thriller!

The Pact by Jodi Picoult. I first discovered Jodi Picoult’s books when I was in Year 12 and this was the first book of hers that I read. I was immediately sucked into her writing style and I couldn’t stop recommending her to everyone I met. I’m pretty sure that I only read Jodi Picoult for the rest of the year.

The Hate U Give by Angie Thomas. This is such an important and relevant book to everything that’s happening in American society today. But I think it also holds an important message for everyone worldwide. This was one of my top five reads last year and if you haven’t read it yet, I suggest you pick it up ASAP!

Neverwhere by Neil Gaiman. This was my first Gaiman book and there was no looking back afterward. This book hurtled Gaiman into a top spot as one of my favorite authors. It’s darkly enchanting, funny, and supremely magical. I loved how Gaiman created this otherworld parallel to modern day London, and I enjoyed picturing the tube stops and surrounding areas that I was freshly familiar with while reading this!

Black Magician Trilogy by Trudi Canavan. This was my first foray as an adult into fantasy and I fell head over heels in love with it. After I finished this series, I continued on with Canavan’s other series and scoured the public library shelves in Norwich trying to find other fantasy books that could sweep me away. I succeeded, but since discovering this series first, Trudi Canavan became my first favorite fantasy author!

Caraval Series by Stephanie Garber. Remember, it’s only a game. It’s a world that I’d love to visit but a game I don’t think I would survive playing. The world building is spectacular and so magical, and the game sucks you right in with its mystery and intrigue. It’s an adventure that I haven’t yet re-lived in Finale because I’m quite sad to see this series ending.

Monsters of Verity Duology by V. E. Schwab. I have yet to read a Schwab book that I don’t like, and while ADSOM has appeared countless times on my list as the ultimate favorite, I wanted to give more love to the Monsters of Verity series. The world and its monsters are terrifying, and the characters badass. It’s nightmare inducing, savage, haunting and simply beautiful. And honestly, I just love the titles of these books!

What are some books from your favorite genre(s)? Are you a fan of any of the above genres? If you’ve done a Top Ten Tuesday post for today’s prompt, leave your link in the comments below and let’s chat faves 🙂

14 thoughts on “#TopTenTuesday: Books from My Favorite Genres” How was your 2019 reading year? What were some of your best bookish discoveries? 📖 (I know y’all have probably already made posts for this and I’m really late to the party lol but bear with me!) 📖 2019 was AMAZINGLY BOOKISH for me. I ended up reading 207 books and never in my life have I read so much in one year! But apparently that’s what being part of the book community did for me 😂 I’m still shook. 📖 My avg rating was 3.8★s, which is great, but I rounded up a lot since @goodreads doesn’t count ½★s. 2019 was the year for contemporary romances & YA fantasy—two of my great loves 🥰 But I also read more NF than usual too (and loved them all)! 📖 I started blogging (link in bio), made lots of new book friends, and joined the @twitter book community! I discovered tons of new-to-me authors, a love for full-cast audiobooks, and a new fave series: The Nevernight Chronicle by the amazingly talented @misterkristoff. Also, how did I ever live without @bookdepository in my life pre-2019?! 📖 It might’ve been one of the most highly rewarding bookish years EVER and I’m so keen to see what other bookish things this new decade has in store! • • #bookstagram #booksofinstagram #bibliophile #bookstagrammer #igreads #goodreads #twitter #bookcommunity #igbooks #readingwrapup #bookish #bookishlovegroup #2019recap #bookstagramindonesia #bookblogger #bookblog #yearinbooks #avidreader #bookjourney #blessed #2019readingwrapup #bestof2019 #booksof2019
Hi, it me 🙋🏻‍♀️ Yes, I’m alive (though I’m not sure anyone here noticed haha)! 🐼 Sorry for going MIA towards the end of December and the start of this new decade. How’s everyone doing?! What’re you reading? Tell me all! 🐼 I’ve been busy getting back into my routine after a short holiday, but I’ve also been spending a lot more my time focused on my blog. I’ve been thinking about my bookish and non-bookish goals this year and I’ve got a lot on my mind about what comes next (so this might be a long post lol)! 🐼 Towards the end of 2019 I felt burned out in many aspects of my life, but especially on bookstagram. I still loved the community, chatting with all of you and seeing your posts, but I felt uninspired and slowed my roll down a lot! 🐼 Having my hands in all the pies (booksta, blog, book twitter) on top of a full time job takes a lot of my energy! So this year I’ve decided to cut back a little on here. My goal is to still post ~x3 per week but I’ll focus heavily on my blog (which you can check out via the link in my bio)! 😉 Though I still hope to interact as much as poss despite not posting as often. I’ve definitely missed all of you and your beautiful posts! 🐼 So, that’s my talk for today lol if you’ve made it this far, thanks for sticking round til the end 🥰 And sorry for the mediocre photo! • • #bookstagram #booksofinstagram #bibliophile #bookworm #booknerd #igreads #instabooks #igbooks #bookcommunity #bookstagrammer #bookblogger #bookblog #bookishlovegroup #bookishlove #goodreads #bookstagramindonesia #internationalbookstagrammer #internationalbookblogger
🎄HAPPY CHRISTMAS, FRIENDS!🎄 What books would you like to find under your tree today? 🎁 I can’t believe Christmas is finally here. My family personally doesn’t celebrate it but I always love getting caught up in the festive vibes! Makes me a happy 🐼! 🎁 Hope you all have a lovely day full of love and joy 💞 Happy holidays to you and yours! • • #bookstagram #booksofinstagram #bibliophile #bookishlove #bookishgifts #christmas #festivevibes #booklover #bookworm #bookstagrammer #booknerd #fortheloveofbooks #underthetree #igreads #goodreads #christmaspresents #bookishlovegroup #bookstagramindonesia #tropicalchristmas
Do you have any new authors you’re already looking forward to trying in 2020? 🚀 Becky Chambers is an author I’ve seen 𝙚𝙫𝙚𝙧𝙮𝙬𝙝𝙚𝙧𝙚 this year and it seems that 𝙚𝙫𝙚𝙧𝙮𝙤𝙣𝙚 loves her sci-fi. The more I heard people rave about her books the more I felt like I was missing out. 🚀 So what’d I do? Naturally I went out and bought all her books 😂 these three arrived last week and seeing these titles has me so excited to finally start next year! • • #bookstagram #booksofinstagram #igreads #instabooks #bibliophile #bookstagrammer #newauthors #beckychambers #sciencefiction #wayfarersseries #scifi #bookworm #booknerd #bookstagramindonesia #hodderandstoughton #bookishlovegroup #2020reads
What new-to-you authors have you discovered and loved this year? 📖 Here’s a smol stack of 10 new-to-me authors I’ve loved this year! Though I’m SMH over the fact that I didn’t include one of my new all-time faves & auto-buy authors: Taylor Jenkins Reid 🤦🏻‍♀️ D’oh! 📖 2019 has been a pretty incredible year of reading and discovering new books 😍 I’m so keen to read more from these authors and to see who’ll wow me in 2020! • Are any of these new-to-me authors also on your new faves list? • • #bookstagram #booksofinstagram #igreads #2019reads #2019readingwrapup #newfavoriteauthor #favoriteauthors #bibliophile #bookworm #booknerd #bookstagrammer #bookishlovegroup #christmastheme #favoritereads #bookstagramindonesia #periplusid #bookdepository #owlcrate #booksbeyond_id
What was the last book you read that seriously disappointed you? 📖 This might be a very festive and happy cover post but friends, I’m sad to say my first Christmas romance was a total bust 🤦🏻‍♀️ It made me want to scream “BUT WHY?!” at the top of my lungs and fling my Kindle across the room (I didn’t). 📖 The book started out strong and I found myself completely sucked in and eager to root for the seemingly level-headed characters. Unfortunately, that flew out the window real fast. Nothing is more disappointing than a strong start only for you to be quickly let down as the story goes on! 📖 Not to be deterred though, I’m reading my second Christmas romance now and so far so good. 🤞🏽 I’m really hoping it stays that way! • • #booksofinstagram #bookstagram #bookstagrammer #bibliophile #igreads #instabooks #christmasromance #contemporaryromance #chicklit #holidayromance #seasonalreads #christmasreads #festivebookcover #festivebooks #bookstagramindonesia #bookishlovegroup #bookworm #booknerd #booklover 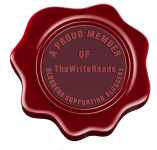